Do you have poor idling issues after replacing the battery on your Toyota Camry and Solaris. Many people find that soon after they put a new battery in there Toyota car it run very rough. Spitting and sputtering until it finally cuts off on it’s own.

Many Toyota cars during the 2000-2010 year models have an issue when you replace or unhook the battery for more that a few minutes. The (OBC) on board computer will reset itself to the original settings from the factory. This makes your Toyota think everything is new and clean just like it came from the factory. The problem is that by the time you need a new battery, parts of your motor have become dirty and clogged up with filth from years of use. As your Toyota became dirty over the years your cars computer gradually adjusted the air to gas mixture to compensate for the dirty intakes. That computer adjustment kept your car running well.

After the battery change your Toyota’s computer has switched back to an air to fuel mixture set up for a clean system. You now need to clean out a few things in your Toyota’s air intake to get it running like new again.

This video below will show you how he cleaned out the throttle body with cleaner. He used Sea Foam Cleaner and Lube spray to remove all the build up and deposits from the throttle body. He just sprayed it on an old sock and wiped out the insides of it to remove the thick build up. It is also a good idea to replace the air filter while you are at it to make the airflow as clean as possible.

This process can be done with simple tools you should already have at home and take most people under and hour to finish. 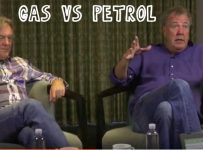 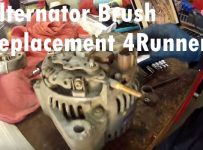